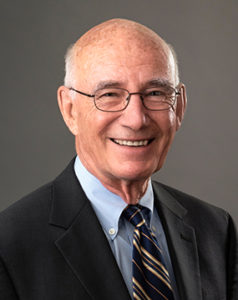 Before retiring, Bert’s law practice focused on divorce, primarily involving cases with large marital estates and complex financial issues. He had a reputation of being a strong and fair advocate for his clients. Throughout his career, he has been active in community service and Bar Association activities, serving as President for the Utah State Bar Association and as chairman for a number of civic and community service foundations. Bert was named Outstanding Domestic Lawyer of the Year in 1986 and 1987, and is an inaugural recipient of the Utah State Bar’s Professionalism Award for actions representing the highest standards of fairness, integrity, and civility. He also received a Lifetime Achievement Award in 2011.